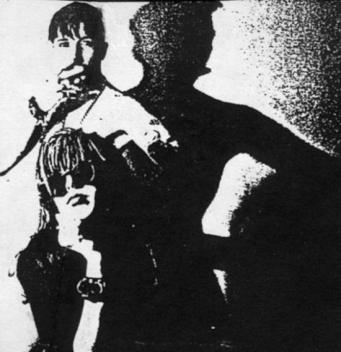 LaBruce and Jones in the pages of J.D.s

The subcultural concept of queercore was launched in Toronto by provocateurs G. B. Jones and Bruce LaBruce through their 1980s zine J.D.s. It was in the pages of J.D.s that the word “homocore” was articulated, and the concept of this radical new transmedia movement of queer punks, subsequently known as “queercore,” was elucidated. Jones and LaBruce viewed the homophobia and misogyny of the 1980s hardcore punk scene–which had resulted in LaBruce being gay bashed at a punk show–as a betrayal of punk’s legacy as a haven for misfits, minorities and deviants of all stripes. They thus set about creating a fanzine to bring punk back to its (queer) outsider roots—one that targeted an imagined audience of “disillusioned kids who didn’t feel comfortable in the gay community, who turned to punk, but then when they got into punk, they found hostility there” (LaBruce, Personal Interview). They titled the zine J.D.s, which officially stood for “Juvenile Delinquents” but was also a nod to Just Desserts, a diner where Jones and LaBruce first met, and, in its intentional ambiguity, a signifier for: popular postpunk band Joy Division; favorite beverage of hard-drinking punks, Jack Daniels; and J. D. Salinger, whose blunt, outcast, youthful writing style was deliberately imitated in the pages of J.D.s. 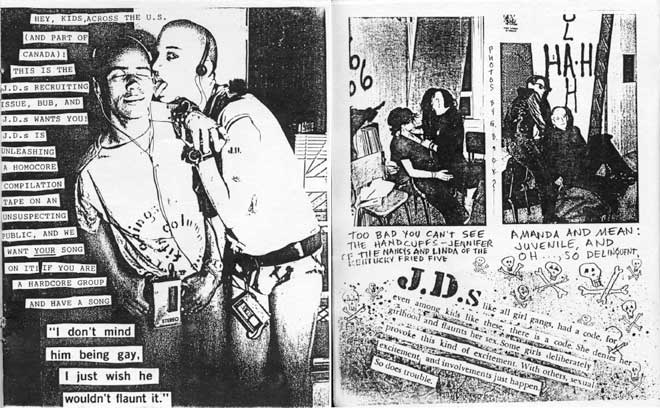 Jones and LaBruce (with some help from others) published the first issue of J.D.s in 1985. Referring to themselves and their comrades as the “The New Lavender Panthers,” J.D.s served as a (sub)cultural platform from which to stage their attack on the sexism and homophobia in punk, while also speaking against the growing conservatism of the gay and lesbian mainstream–a conservatism that would eventually find expression in the politics of marriage and the military. These linked sentiments on the corrosive effects of mainstream punk and assimilationist gay/lesbian—two previously subversive parent cultures that had lost their way in the eyes of queercore’s instigators—were at the irritated core of J.D.s’ critical cultural intervention, and subsequent queercore art. 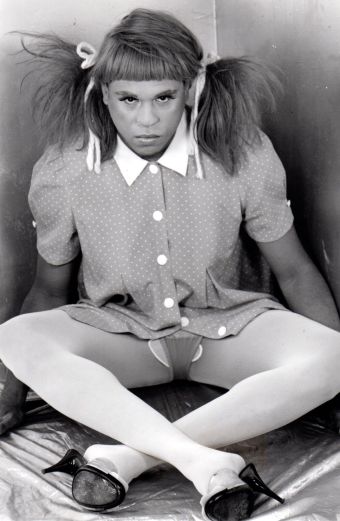 Initially, queercore was a community that existed primarily within Jones’ and LaBruce’s imaginations: There was really no queercore scene to speak of outside of the provocative pages of J.D.s. But, as the readership of J.D.s expanded, this soon changed. In Toronto other queercore zines seared onto the scene, like Johnny Noxzema’s and Rex Boy’s inflammatory Bimbox (early 1990s) and Jena Von Brücker’s fervidly feminist Jane Gets a Divorce (1993). Such queercore zines, often collectively made and exchanged from hand-to-hand for free or a few coins, operated as D.I.Y. zones of alternative queer community-making in Toronto and, eventually, elsewhere. As such, and against a backdrop of depleted punk and gay and lesbian existence, queercore started to become a space for the queer misfits and malcontents to participate and belong.

Outside of Toronto, queercore scenes arose in cities like San Francisco, Chicago, New York, Los Angeles and Portland. Homocore (1988–1991, San Francisco), an influential zine and “meeting place” for queer punks produced by Tom Jennings and Deke Nihilson,  brought the subculture to the US West Coast. Other rabblerousing zines took hold in their own locales, like Fertile LaToyah Jackson by Vaginal Davis (1982–1991, Los Angeles), Holy Titclamps by Larry-bob Roberts (1989–2003, Minneapolis and San Francisco), My Comrade/Sister by Linda/Les Simpson (1987–2006, New York), Rude Girl by Eulalie Fenster-Glas and Alison Wonderland (early 1990s, San Antonio), Slant/Slander and Evolution of a Race Riot by Mimi Thi Nguyen (1990s, Berkeley), I Am So Fucking Beautiful by Nomy Lamm (1990s, Olympia) and Bamboo Girl by Margarita Alcantara (1995–2005, New York). Handmade, photocopied, advertised by word-of-mouth and distributed through the mail, these zines relied on D.I.Y. practice to inform receptive parties of queercore’s arrival. Fostering an underground network of disenfranchised queer punks, these zines also carved out a corner for the queercore generation to tell their stories outside of, and in contradistinction to, the corrupt, homophobic, sexist and racist mass marketplace. 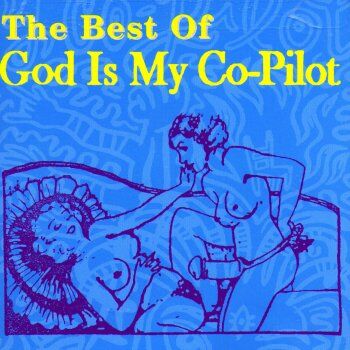 Album cover for God Is My Co-Pilot

Several zines also functioned as independent music labels—most notably Matt Wobensmith’s Outpunk (1992–1997)/Outpunk Records (1992–late 1990s) in San Francisco and Donna Dresch’s Chainsaw (later 1980s–1991)/Chainsaw Records in Olympia, Washington and Portland, Oregon. In 1992, Outpunk released There’s a Faggot in the Pit and There’s a Dyke in the Pit, two pathblazing 7” compilations that featured queer/queer-ally bands like Glee Club, Good Grief, Tribe 8, Bikini Kill and 7 Year Bitch. In 1995 the LP/CD Outpunk Dance Party introduced an eager and growing fan base to an impressive cross-section of queercore bands, including Pansy Division, Sta-Prest, Sister George and Mukilteo Fairies. The Outpunk label went on to produce and distribute albums by the likes of Cypher in the Snow, The Need, Behead the Prophet and the queercore mainstays Tribe 8, Pansy Division and God Is My Co-Pilot. Through these Outpunk releases, Wobensmith helped actualize the queercore music scene that Jones and LaBruce had foreseen. Elsewhere, queercore films like LaBruce’s No Skin Off My Ass (1991) and Candy Parker’s Sex Bomb! (1990s) extended queercore’s artistic reach. 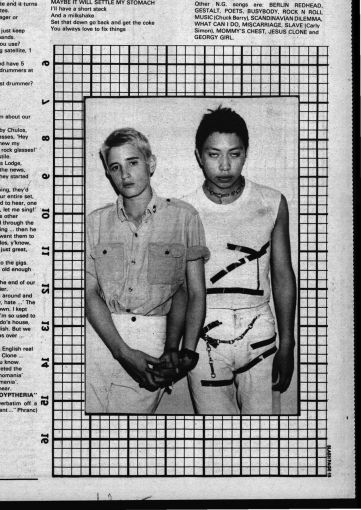 While the heyday of queercore was the 1980s and 1990s, queer punk did not begin or end with queercore. Important precursors to the queercore movement include the “first transgender singer of rock’n’roll,” Jayne County, punkster-turned-folkster Phranc, and the films of Divine and John Waters (among many others). Likewise, today the rabblerousing spirit of queercore continues  with the likes of musicians such as G.L.O.S.S. and Peaches, zines like Shotgun Seamstress and films like The Lollipop Generation (G.B. Jones, 2008) . . . 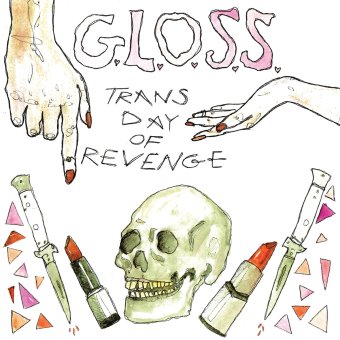 This abridged overview has been excerpted from Curran Nault’s Queercore: Queer Punk Media Subculture. To learn more about queercore, purchase the book HERE.

Questions? Comments? Write to me HERE.